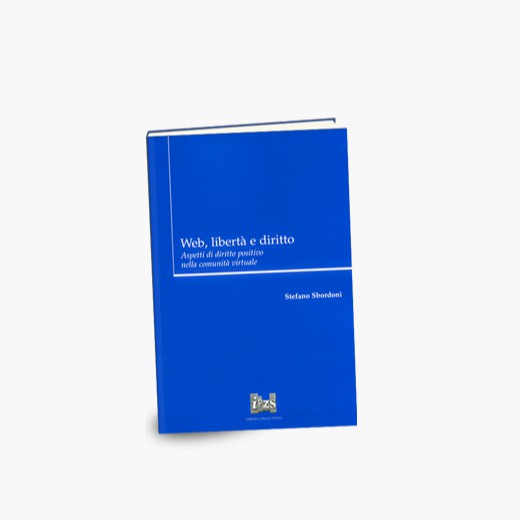 The book deals with the Internet phenomenon noting that, with the advent of new technologies, has established a sort of “virtual communities”, distinct from “material community”, which often claims the principle of the right to the Internet, understood as a fundamental right of individuals to access the network, but also that of the absolute freedom of the web citizens in several respects (such as, for example, to make use of any content on the network).

This last claim, in particular, must however “make” accounts with positive law, which is applicable (subject to the possibility of ad hoc regulations) in the new “virtual community” to protect, above all, of the same Internet.

Hence the analysis of issues such as the protection of privacy and copyright as well as topics related to data security, cyber attacks and the so-called computer crimes.

Would you like to receive more information about this book?

Contact us to learn more and to purchase the volume "Web, libertà e diritto".